A friend recently turned me onto a program that can intergrate many of the chat services that we use into one window. I liked that iChat does this somewhat, but it lacks some features that I would love to have... Primarily I hate having separate buddy lists for various accounts.

The program is Adium (http://adium.im/) and it supports a lot of differnt chat protocols, including Facebook. I think I may try it out in the coming weeks, but I welcome comments from anyone that is currently using it. If it means that I can use Facebook to keep in touch with people without having to see one more Mafia Wars or Farm update I am game to add another piece of software...

On a side note, I just figured out that I can block all posts from an app on Facebook! This may not be news to the rest of you, but I don't care that "a sheep wandered off of your farm while you were looking for the golden craps dice!"
Posted by Unknown at 8:24 AM
Email ThisBlogThis!Share to TwitterShare to FacebookShare to Pinterest
Labels: Facebook, iChat, Open Source, software

One of the best T-Shirts ever...

I am not a big fan of Facebook, and more and more I find that it just highlights the aspects of humanity that annoy me. Today it did offer something good... 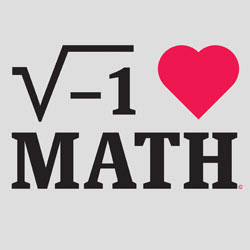 This site has a few more, and based on a recommendation from my friend Robert I also found a couple good ones here too.
Posted by Unknown at 8:02 AM
Email ThisBlogThis!Share to TwitterShare to FacebookShare to Pinterest
Labels: geek

So I am going to have to come back to this later and add more to it, but the basic idea is this:

I used to use a program called Quicksilver to search for things on my mac and to launch programs that I don't want to keep lying around in the dock. I noticed that it made my machine slower to login and it could hog resources...

I decided to try out the native OS X solution, the spotlight, and much to my delight it was speedy and pretty well done. Since it is already running by default, it is not using any more system resources. Then I thought, what if I could search google and the web from it... So I found this:

I will try and followup on how well it works...

WELL, that was short... At least the website saved me the trouble of downloading it, becasue when I tried it informed me that it was not compatible with OS X Leopard (Tiger only). So now I have to find another way to search quickly. I have heard some negative reviews of the google desktop search... Oh well :-(
Posted by Unknown at 4:31 PM
Email ThisBlogThis!Share to TwitterShare to FacebookShare to Pinterest
Labels: apple, google, software

"the U.S. and Canada are the third world of mobile phone networks"

I was just reading an interesting article on the NTY website about the overload that the iPhone is placing on the ATT&T network:

I understand the need for a company to make money, really I do, but at a certain point companies need to invest in maintaining an advantage over their competition in the future. I would own an iPhone today if I had not had such a crappy experience with Cingular/ATT&T years ago (almost 10 years!), but with that in mind I will continue to use my palm with Verizon. My palm is fast and not without its flaws but it is a known, and I have heard that things have not improved much on the ATT&T network since my experience.

If you are not a frequent visitor to my blog then you may not know that I am a computer science graduate student, and that my area of research interest is in networking and distributed systems. I should be very clear in saying that there is no silver bullet and no perfect network. They all have their own advantages and faults. Take the home access to the Internet in the United States as an example. I have hear rumors that in parts of Europe and Asia one can get a network (Internet) connection that offers roughly 10 times faster download speed and an amazing 400 times faster on upload. This connection can be had for as little as $10 us and I pay almost 5 times that amount for a connection that is much MUCH slower. Am I angry because I want a faster connection? No, I am angry because I pay so much for a "slow" connection. For most of us, we don't utilize a substantial portion of the connection we have. Like my friend Mike J. says... As long as the tubes keep the [media] flowing ;-)

I don't want to get into a debate about why the US is a leader in innovation, but lags so far behind in implementing and deploying those innovations, but I would like to see us do a better job of doing things right. Maybe if we get our priorities strait...

So I guess its my own humble opinion that it is not the iPhone that is the adversary, but a network that is not up to global standards. Hell we invented the internet 40 years ago, you think we could get it right.
Posted by Unknown at 5:59 AM
Email ThisBlogThis!Share to TwitterShare to FacebookShare to Pinterest
Labels: apple, Rants, TWC, Verizon
Newer Posts Older Posts Home
Subscribe to: Posts (Atom)